Part of the Speakers

The opening ceremony of the Summit was moderated by Dr. Ranse Howell, JAMS Director of International Operations. Dr. Chen Fuyong, Deputy Secretary General of BAC, delivered an opening address on behalf of BAC. Dr. Ranse Howell gave a warm welcome to the attendees of the Summit, and extended sincere thanks to the co-organizers of this event. Dr. Ranse Howell talked about the changes on people’s communication and work styles brought by the outbreak of Covid-19, and called for a consideration on how such changes would influence dispute resolution development.

In his opening address, Dr. Chen Fuyong extended warm welcome to all the attendees, and acknowledged the strong support from the co-organizers to this webinar during this time of pandemic. He said that the pandemic has indeed brought challenges, but meanwhile, it created opportunities for changes, just as shown by this cross-border online event. He also stressed that in the context of pandemic, exchanges and communication should be further strengthened. At the same time, we should work together to give full play to alternative dispute resolution’s ability to contribute to the stability and foreseeability in a highly uncertain environment.

By referring to the annual reports they have respectively written, Ms. Zhao Fang, Ms. Wu Ying and Mr. Jeffrey Benz presented to the participants introductions of the new developments of laws and rules on commercial arbitration, commercial mediation and sports dispute resolution in China in 2020, and specifically analyzed the typical cases in such areas. Mr. Rimsky Yuen, SC provided comments on arbitration and mediation respectively, including the adoptability of UNCITRAL Model Law in mainland China and the diversified modes of mediation. Ms. Marion Smith shared her views from the perspectives of the rapid growth of online dispute resolution, the uniformity of soft law and the enforceability of mediation procedure at court. Mr. Stephen Townley made comments on judicial review of arbitral award and the development of sports dispute resolution in China. 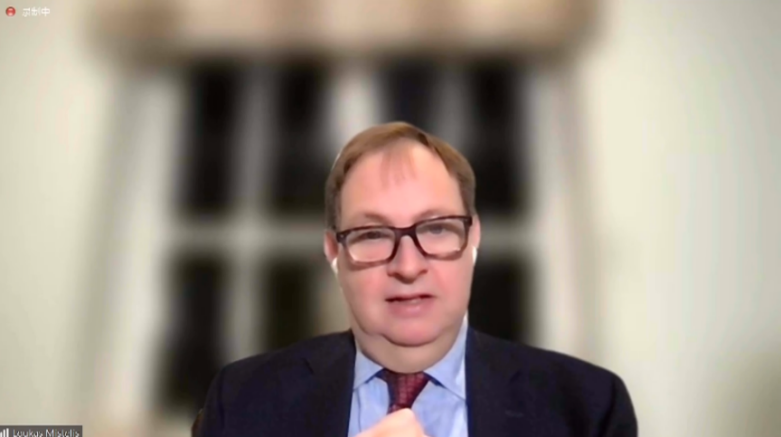 Session Two of the Summit was Construction and Energy Dispute Resolution in China. Moderated by Mr. Christopher Campbell-Holt, Registrar and CEO of AIFC Court and IAC, Dr. Zhou Xianfeng, Partner of JunHe LLP, and Mr. Qi Xiaodong, Senior Partner and Senior Counsel of Lantai Partners, presented their reports. Prof. Lawrence Boo of Arbitration Chambers and Mr. Abinash Barik, International Case Counsel of AIAC, provided comments. Dr. Zhou Xianfeng and Mr. Qi Xiaodong provided observations of the changes and typical cases within the areas of construction and energy in China in 2020, respectively, and introduced the impact of Covid-19 on dispute resolution. Prof. Lawrence Boo highlighted the significance of judicial interpretation in China, and made comments on the issue of third parties in arbitration. Mr. Abinash Barik discussed issues of burden of proof and standard of proof in relevant cases. 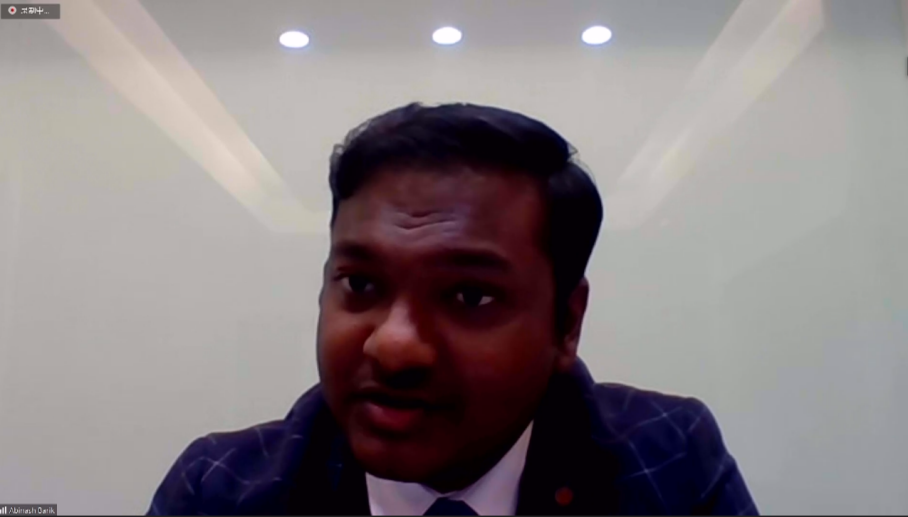 Session Three of the Summit was Financial and Investment Dispute Resolution in China. Dr. Ismail Selim, Director of CRCICA, acted as moderator, Ms. Lyu Qi, Arbitrator of BAC, and Mr. Bao Zhi, Partner of FenXun Partners, acted as keynote speakers, Dr. Nisit Intamano, Director of Sripatum University LL.M. Program, and Mr. Terry Yang, Partner of Clifford Chance Hong Kong Office, acted as commentators. Ms. Lyu Qi and Mr. Bao Zhi clarified the changes of laws and policies on finance and investment as well as typical cases in China in 2020. Dr. Nisit Intamano shared the development of such areas in Thailand, and in particular the influence of the pandemic on Thai legislation and judiciary on finance. Mr. Terry Yang specifically discussed the adaptability of financial products, the law making on financial institutions and data protection. 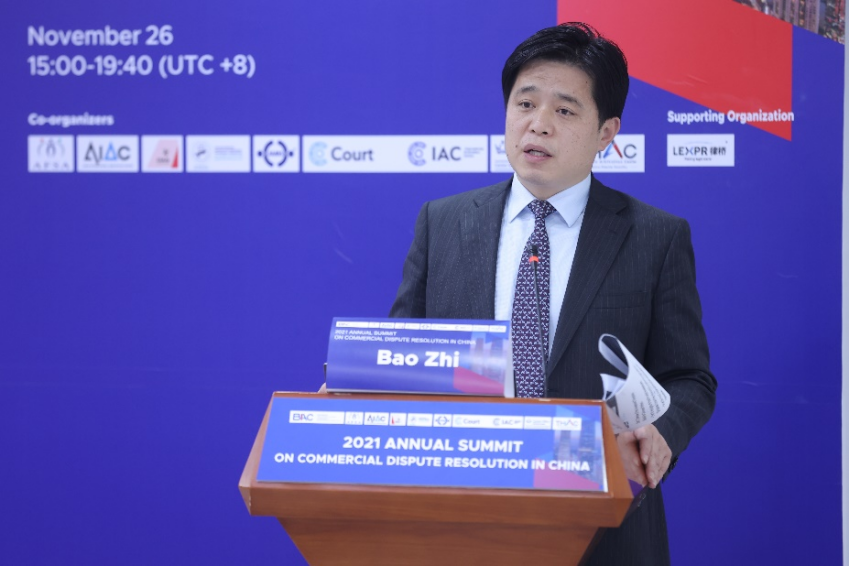 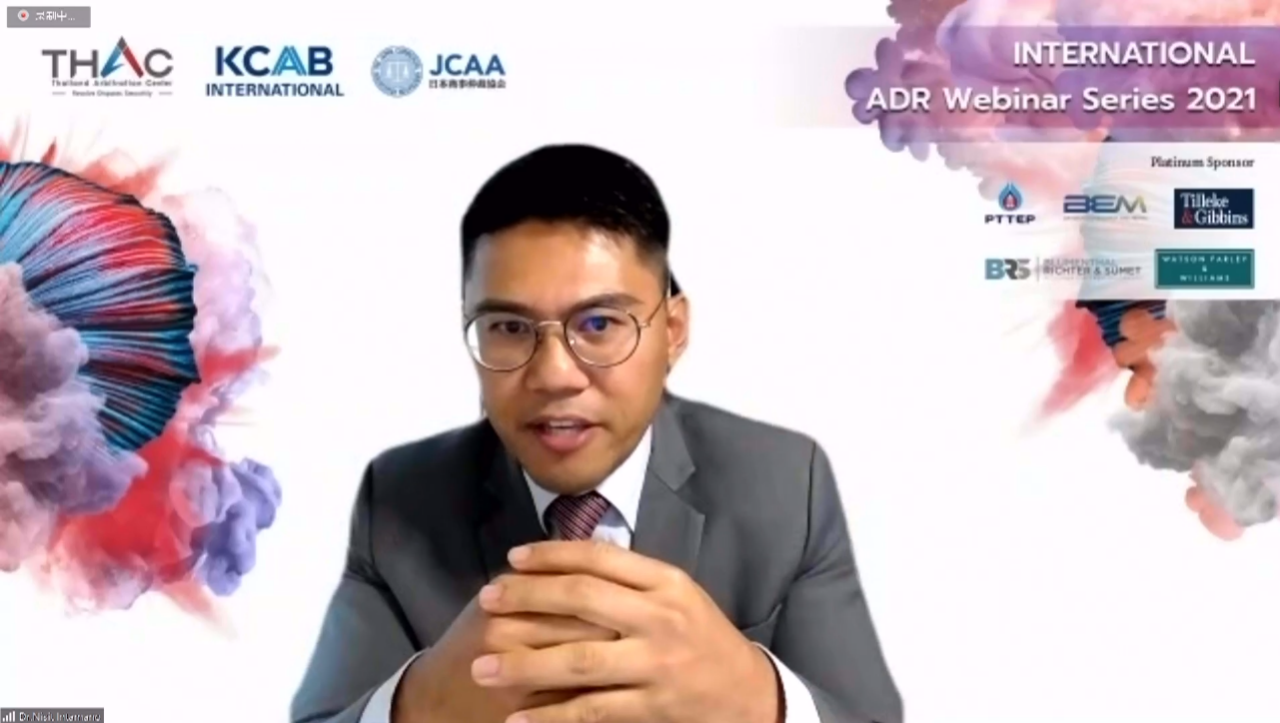 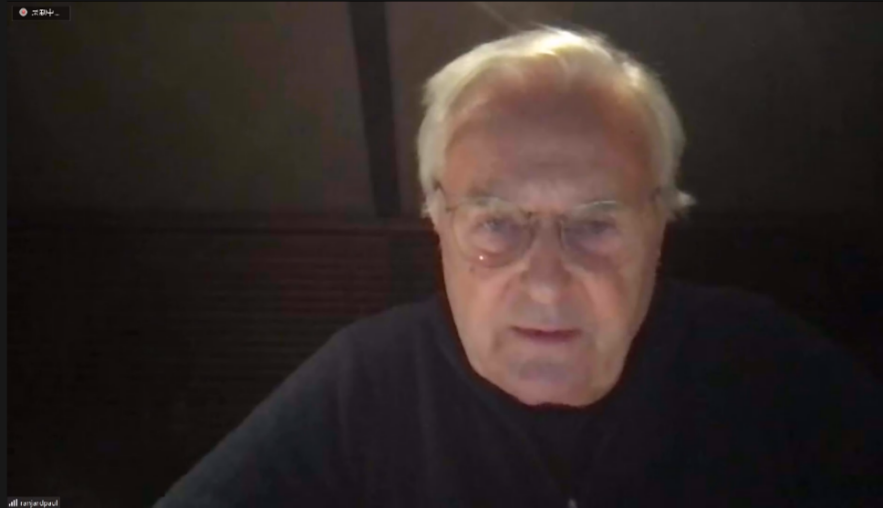 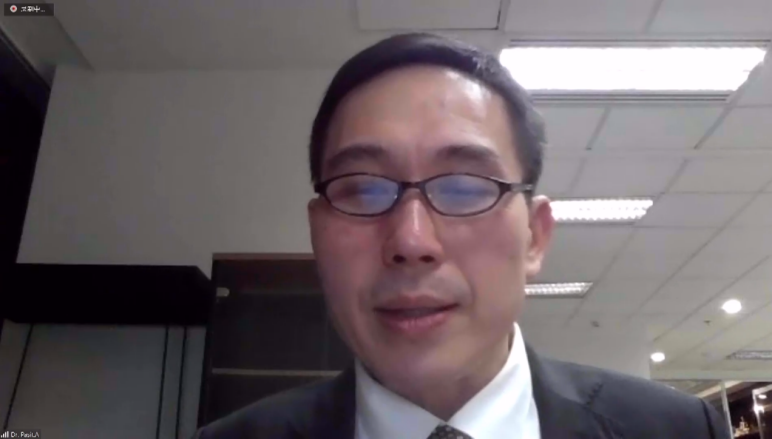 Commercial Dispute Resolution in China: An Annual Review and Preview is the first practical series annual report that is organized by Chinese arbitration institution, and written by experts in various industries. It pays continuous attention to, and provides in-depth reading of, the development, changes and trends of commercial dispute resolution in China. Ever since the first launch in 2013, it has won extensive attention, and has been recognized as important practical materials for readers, both domestic and abroad, to have in-depth understanding of the development of commercial dispute resolution in China. After 9 years’ exploration and practice, the Annual Report series have had several sub-reports in various industries, followed with a dozens of overseas roadshows in main cities around the globe, such as London, Paris, Frankfurt, Cologne, The Hague, Vienna, Zurich, Toronto, New York, San Francisco, Singapore, Kuala Lumpur and Hong Kong, which has attracted wide participation of dispute resolution practitioners including scholars, lawyers and in-house counsels, from all over the world. We sincerely welcome professionals from various industries to continue to pay attention to the Commercial Dispute Resolution in China: An Annual Review and Preview 2022, and also to the BAC’s website and WeChat account for more information.